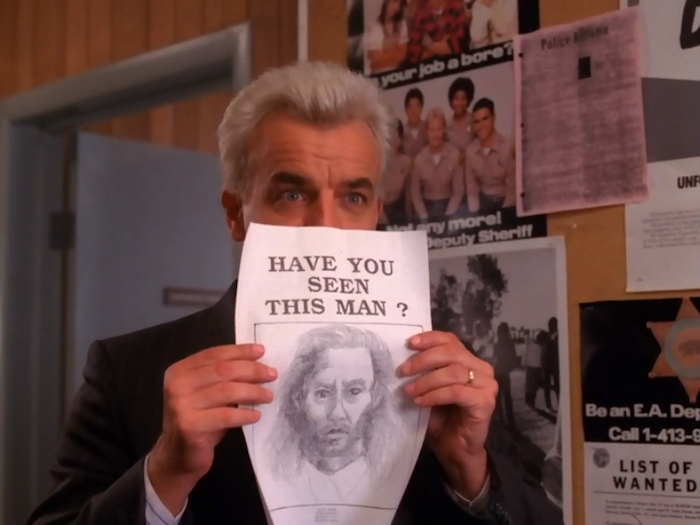 This is the first Twin Peaks episode to feel kind of ordinary. And when this show gets ordinary, it dies. I remember feeling dispirited the first time I saw it, thinking, “I hope this isn’t what the show will be like from now on.” What happened, director Lesli Linka Glatter? She did one of the best non-Lynch directing jobs of the series with episode 5. Maybe she had less time to craft this one into something memorable. Many of the scenes simply fall flat. Cooper telling the cops about the giant feels prosaic. The Blackie-Emory-Jean villain teaming feels rinky-dink instead of dangerous. 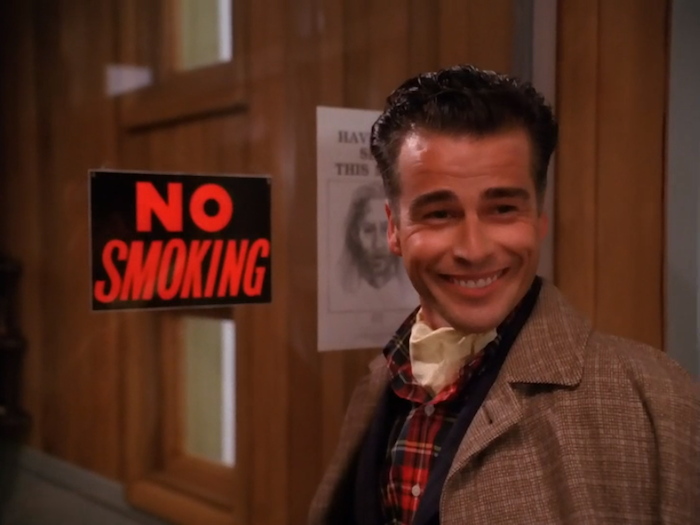 But then, Glatter isn’t always helped by the actors and the script (by Robert Engels). As Dick Tremayne, Ian Buchanan is obviously having a great time, but his choice to turn his character’s despicable nature up to full volume makes it no fun to watch him. Or maybe it’s just that his character is too wacky for this show. It doesn’t help that he’s part of a storyline giving Lucy way more screen time than anyone wants to see (she works in small doses). Lenny von Dohlen, though, is just plain distractingly bad as Harold Smith. His interpretation of the character seems to be limited to “acting weird”. Christ, just look at him: 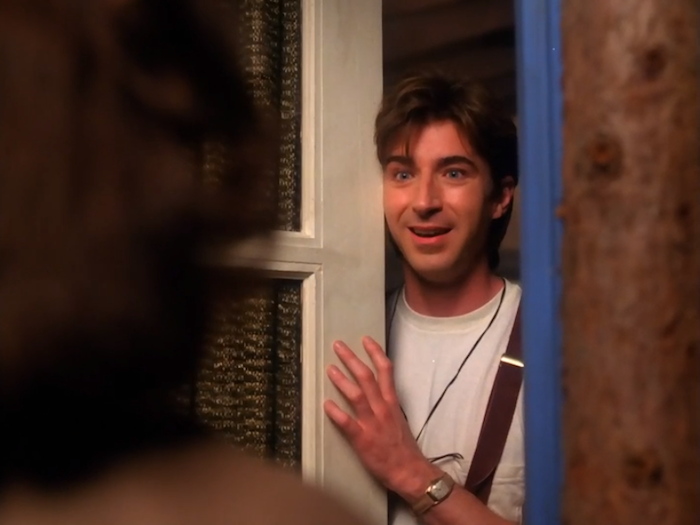 James is not a fan favourite, but I don’t think it’s James Marshall’s fault. The script gives him two of his lamest moments here. First he tells Maddy: “Sometimes I think I should just get on my bike and… go.” Whoa, deep, man. Later, when Donna storms out on him, he awkwardly knocks over a lamp as he follows her out the door and is made to scream a ridiculously melodramatic “WHY?!” There’s also the cliché of Donna walking in right at the moment when Maddy is comforting James, and mistaking it for a romantic gesture.
There are several good moments here, still. I enjoyed the amusing scene where Cooper sees right through Shelley when she says she won’t incriminate Leo. Writing, directing, and acting came together well on that one. And I really liked Donna railing at Laura’s grave. Lara Flynn Boyle does a great job, and the writing is even better. My two favourite lines: “How can you be so smart about things like that, and so stupid about so much else?” and “It’s like they didn’t bury you deep enough!” 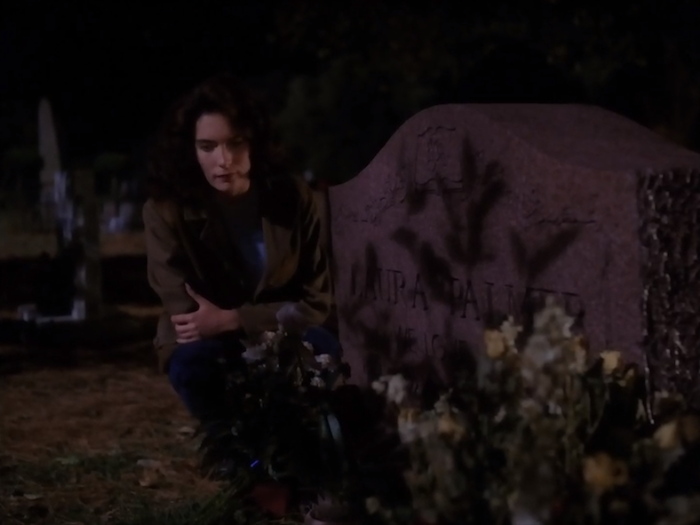 On the acting front, Sheryl Lee was touching when crying to her uncle Leland that everyone seemed to think she was Laura, when she’s nothing like her. And Ray Wise continues to be one of the show’s most valuable players. He’s always interesting to watch, and gives a sense of reality to all his scenes. That’s a quality Everett McGill also possesses. It’s very sweet to have him singing to Nadine. Kyle MacLachlan and Richard Beymer have a nicely tense face-off where Cooper tries to disguise his contempt for Ben, who isn’t concerned that his daughter has gone missing. 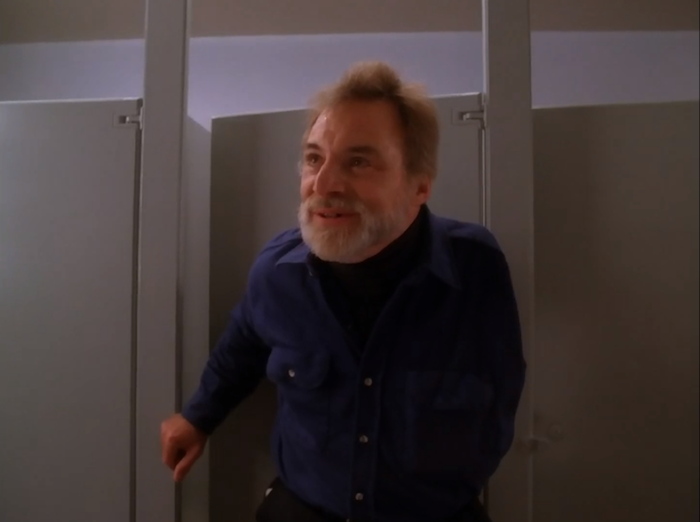 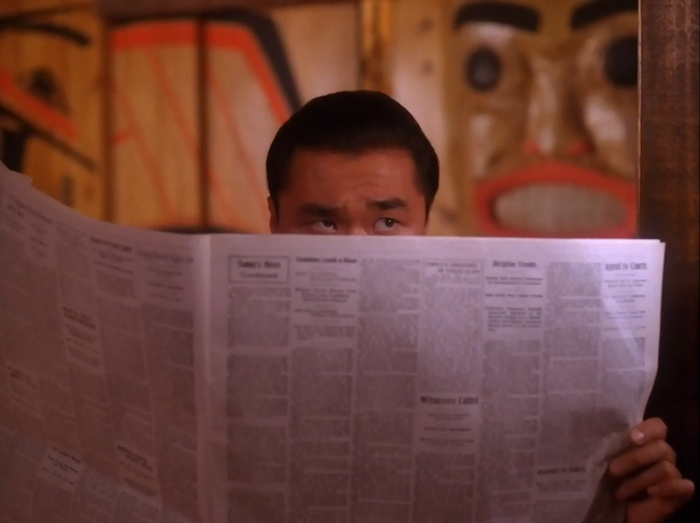