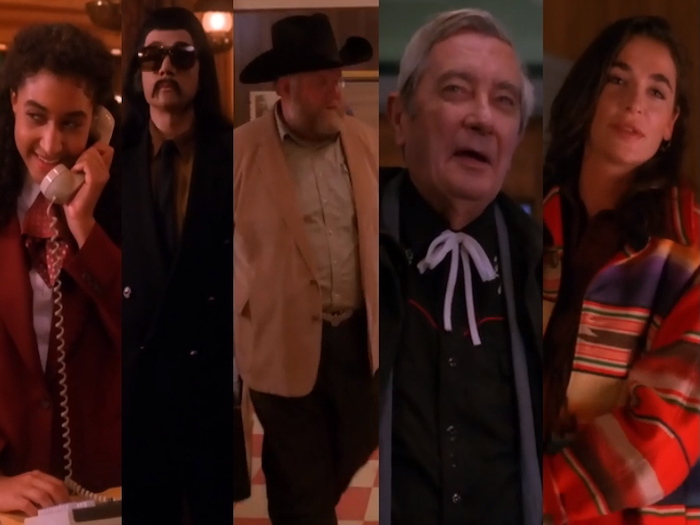 …and we’ve already got a new winner for the “Worst Episode Yet” prize. Worst being a relative term – this isn’t horrible.
First-time series director Todd Holland tries so hard to ape David Lynch here that it’s distracting. Lynch signifiers are haphazardly sprinkled throughout the episode – tree branches blowing in the wind, stoplights, and right at the start, a show-offy composite shot that makes it look like we’re coming out of a hole that turns out to be part of a wall tile pattern. What Holland doesn’t seem to grasp is that Lynch uses these types of details to create a mood. They should be part of a vision, not random weirdness.
Add to this the veritable calvacade of characters introduced this episode (pictured at top of review), and the whole enterprise takes on the stink of desperation. Five new faces appear, and they’re not a promising lot, aside from the mysterious Mr. Tojamura. Harry says Cooper and the judge probably have a lot in common, but it feels like the show clumsily trying to get us to like the judge. I wasn’t sold on this character who speaks in speeches and aphorisms. 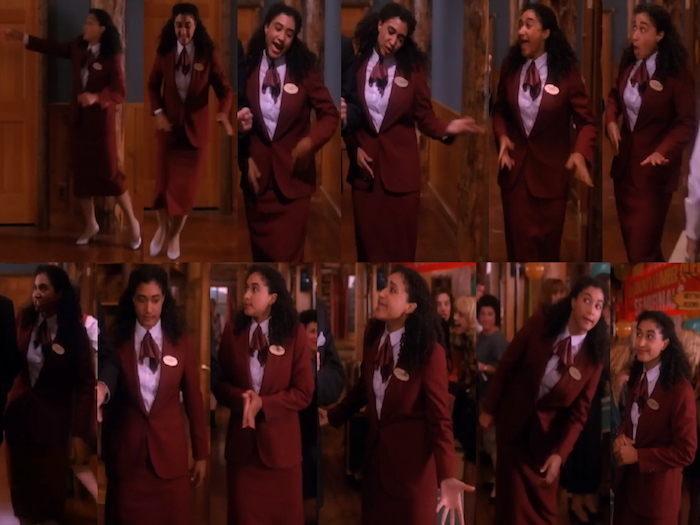 The worst addition, though, is easily the annoyingly mugging Great Northern desk clerk (above). Bellina Logan seems to think she’s in some broad sitcom. However, she shares the blame with the writers, who created the character, and the director, who didn’t rein her in. She’s not the only failed attempt at humour here. Andy’s sperm adventures, and wacky antics at the Double R are all woefully unfunny.
There are a few redeeming aspects. The episode starts off fairly compelling, with Leland confessing to Jacques’ murder. I liked Doctor Hayward’s amusingly matter-of-fact attitude regarding Andy’s sperm sample. Harold reads a tantalizing entry from Laura’s diary. Kimmy Robertson has one of her best moments reacting to Dick suggesting an abortion. Her distress feels real. And it must be said that Kyle MacLachlan and Michael Ontkean continue to have an easy rapport, no matter the quality of the episode. 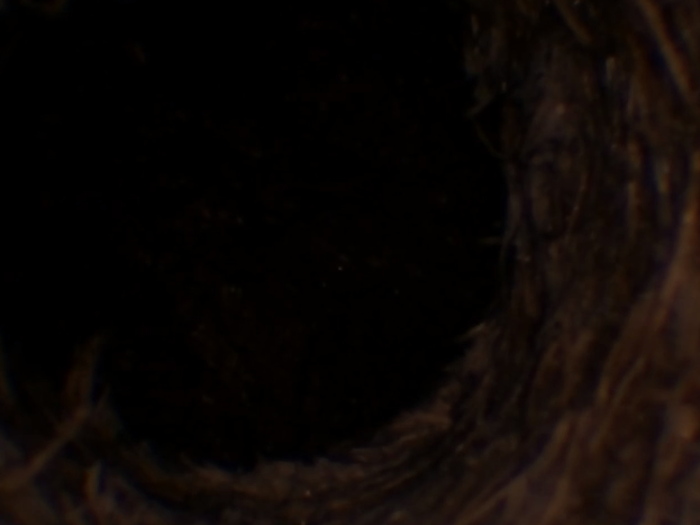 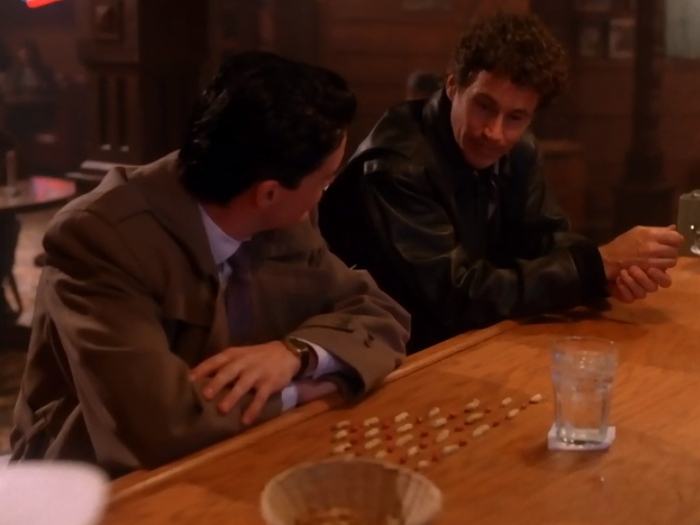