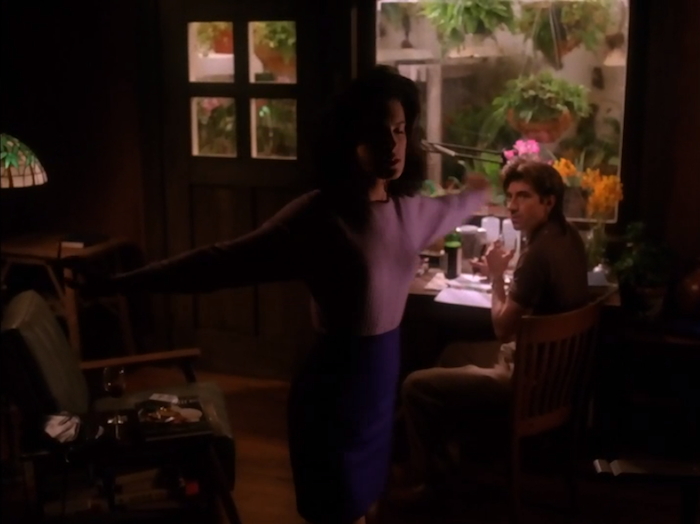 This episode is quite the mixed bag. There are three types of scenes here: the good, the bad, and the dull.
After his first mysterious appearance in the last episode, Mr. Tojamura continues to intrigue as he makes an offer to purchase Ben’s land. What’s the catch? Elsewhere, though it fails to generate suspense, Coop and Harry going to save Audrey maintains interest. Unfortunately, the main reason it’s compelling is that her captors are kind of boring, and we’re relieved we’ll be spending less time with them.
The best subplot of the episode – strong enough for the episode to rate as highly as it does despite its flaws – is easily the Donna-Harold story. Despite Lenny von Dohlen’s worst efforts, I can see what she sees in Harold. The high point is Donna relating to him something that happened with Laura and some boys; it’s an evocative, very well-written passage. Her subsequent betrayal of him is tragic, and the scene where Maddy breaks in to look for the diary is suspenseful. It is also well-staged, with Donna and Harold coming out of two different doors. 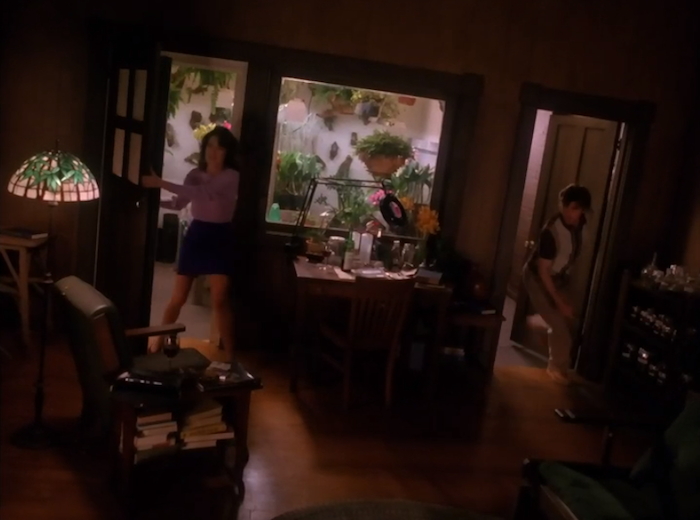 The only problem (and here’s where we enter the “bad” section) is the episode’s final moment, which I blame on everyone involved. Screenwriter Barry Pullman apparently decided it was a good idea to turn Harold into a psycho. Director Graeme Clifford gives the scene a cheap horror vibe with overly dramatic lighting. And von Dohlen’s laughable performance reaches its apex here. Oh, and also: the face-cutting looks very fake.
Also belonging in the negative column: Nadine pulling off the fridge door (super-Nadine is a dead-end); the cheesy moment an owl hoots ominously at Cooper; and that entire slapstick scene with the medical equipment guy. Ugh. 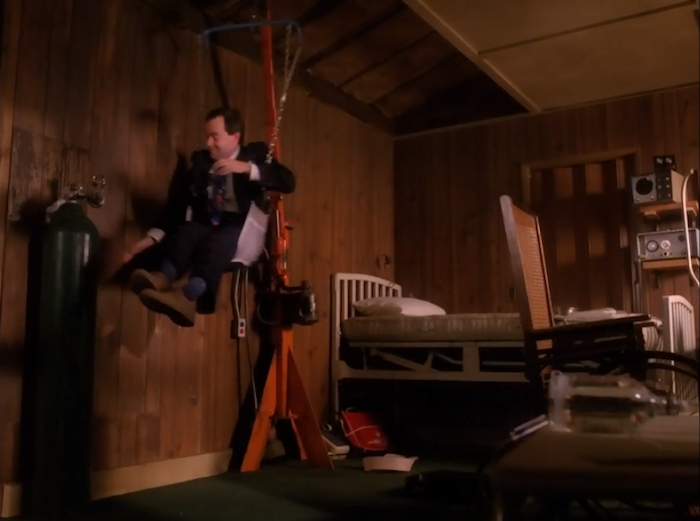 Perhaps equally damaging are scenes that are as dull as dishwater. The hearings for Leland and Leo are the main culprits. I couldn’t bring myself to care for anything happening in them. It felt like a waste of film.