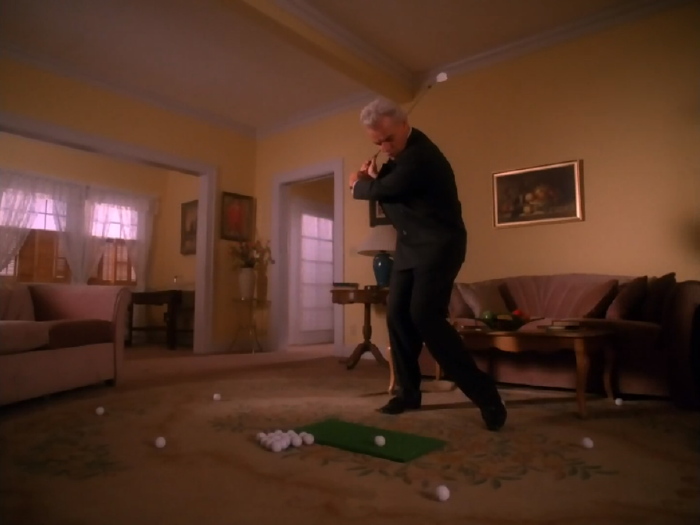 The previous episode was heavy. So Caleb Deschanel, who directed this one, thought he would lighten things up. And from the very first scene – BOB (as Leland) hitting golf balls in a brightly lit living room – it feels very wrong. This is a case where the director should have picked up the mood from where the last episode left off. Maddy’s murder was devastating, but here there is no gravity to the scenes involving BOB and Maddy’s body. BOB is having a grand old time. This should have been made disturbing, but the way the scenes are handled, it’s almost being played for comedy. Also not working: Ray Wise playing BOB. He reaches a rare low point as an actor, “acting crazy” after BOB fools Cooper and the sheriff: 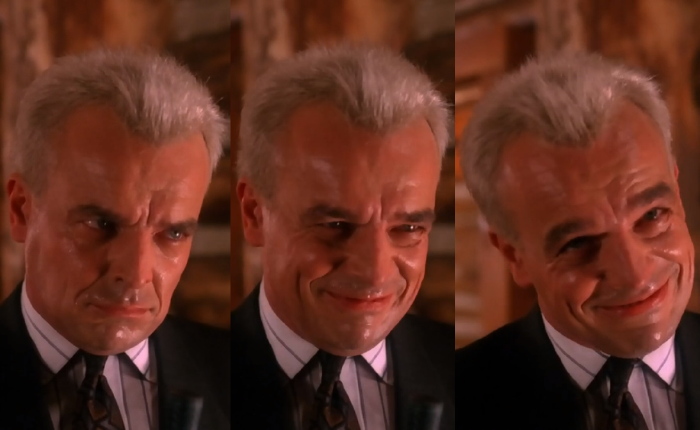 One moment does work. After their conversation, Cooper feels like something is off, and the camera takes his point of view as he turns a corner and walks back to Leland, who has his back to the camera. I just wish the rest of the BOB scenes here had the same sense of foreboding as that shot.
Atmosphere in general is sorely lacking in this episode. Scenes have no weight. Most of the time, it feels as though Deschanel, who did so well with the first season’s penultimate episode, is just going through the motions. Maybe he was (un)inspired by the colourless script he was handed (written by Mark Frost’s brother Scott, who did a much better job writing Cooper’s “autobiography”). Three new characters are introduced, and they range from annoying (Lucy’s sister) to kinda dull (Norma’s mom) to just plain unappealing (Ernie, who almost makes Hank seem interesting).
There is other evidence of Deschanel’s laziness. The whole episode is overlit, resulting in things like Phillip Michael Gerard barely looking like himself: 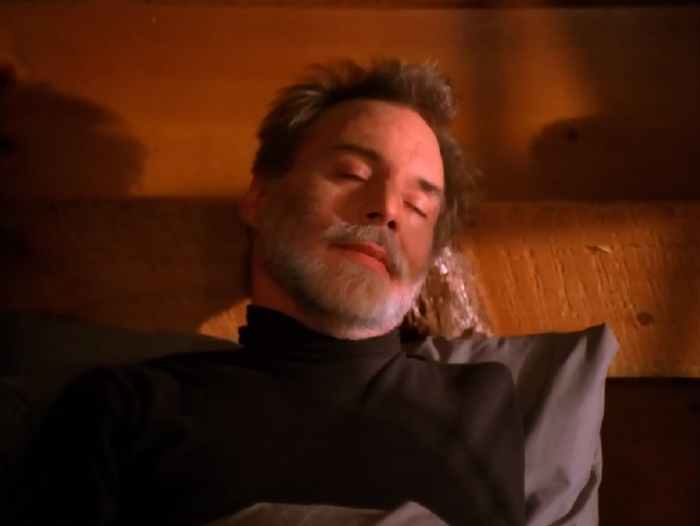 In that scene, his arm stump moves in a jerky way that’s kind of repulsive. In fact, the episode features a few moments of visual ugliness, like Shelley splattered with Leo’s pudding; her disgustingly messy house; Ernie. (Apologies to actor James Booth, but he looks terrible here.) Visual ugliness has its place, but it doesn’t belong here.

There are some redeeming moments. In addition to the Cooper-BOB moment mentioned above, there’s the scene where Harry tells Cooper he’s “had enough of the mumbo jumbo”. Cooper replies that he realizes this is Harry’s backyard, and that “sometimes an outsider can forget that.” It’s the first time we see Cooper’s feelings being hurt, and it’s refreshing. Also, Jerry is fun as Ben’s inept lawyer.
The episode ends abruptly after Maddy’s corpse is found. And we know exactly how she got there. Maybe that’s part of what makes it a frustrating episode – we know who the killer is, so there’s no mystery. And the creative team filled that gap with… nothing. 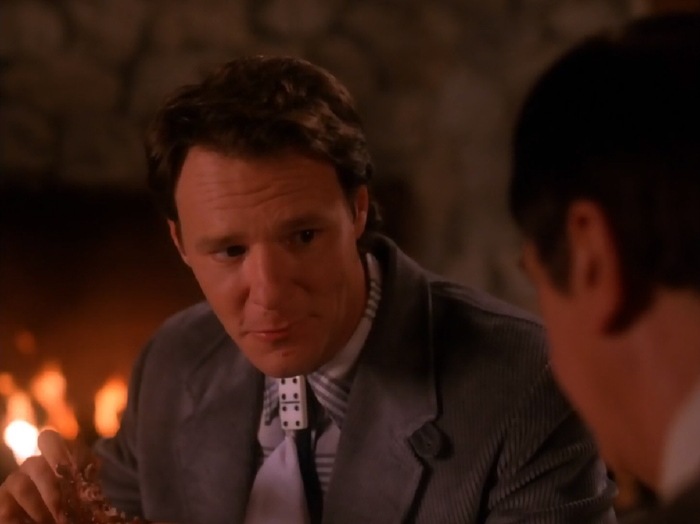