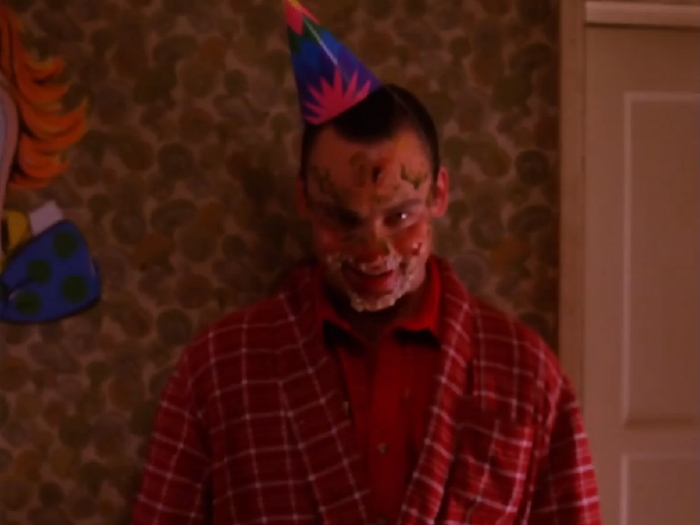 The regrettable storylines that wind their way through Twin Peaks’ dark ages are mostly just varying levels of dull. I would vote the Dick and Andy tomfoolery as being the least redeemable. It’s meant to be funny, and its utter failure to achieve that goal made me cringe. Ben inventing some civil war narrative for himself is mostly just boring – neither funny or entertaining, though relieved briefly here by a flirtatious visit from Catherine. James’ side adventure is a slight step up in that it’s not dull so much as cliché. To my surprise, Nadine as a teenager is the least offensive of the bunch. When she’s not engaging in tonally problematic feats of super-strength, it’s somewhat fun to watch her make Mike’s life miserable. And she gets bonus points for beating up Hank, one of the show’s least interesting villains. 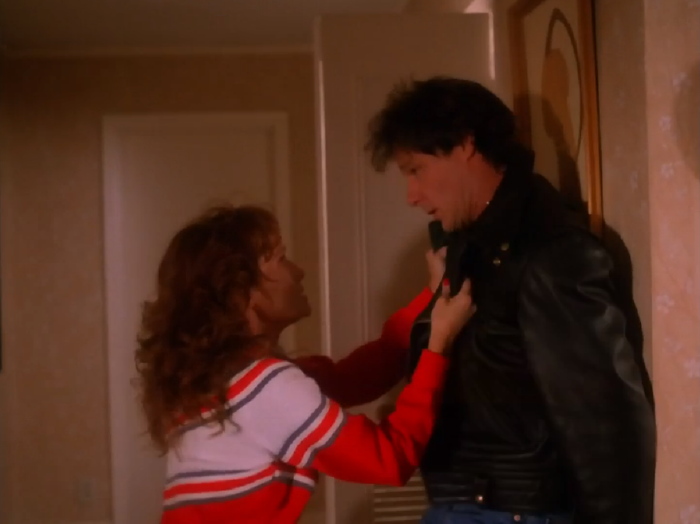 Speaking of which, Jean Renault is finally dead, so I won’t have to suffer through Michael Parks’ ridiculous French-Canadian accent anymore. The show kept trying to make him interesting by having characters refer to him as “dangerous” and a “psychopath”, but I felt very little menace when he was on screen.
Todd Holland is shaping up to be one of my least favourite directors on this show. Under his guidance, it looks kind of crummy. And he favours gaudy horror-movie-style visuals that don’t fit the show’s tone at all. Near the end of the episode, he manages to produce a fairly suspenseful scene to reveal that Leo is awake, but it’s marred by the nonsensical inclusion of a wind-up clown doll in the bed where Leo is supposed to be. Why would Leo and Shelley have that in their house? And Holland starts the episode with a corny montage involving stars, fire, a 3-triangle symbol, an owl (of course), and Major Briggs sitting on some sort of jungle throne. And the scene in which Harry and Cooper discover that Windom Earle has killed someone is oddly devoid of dramatic weight.