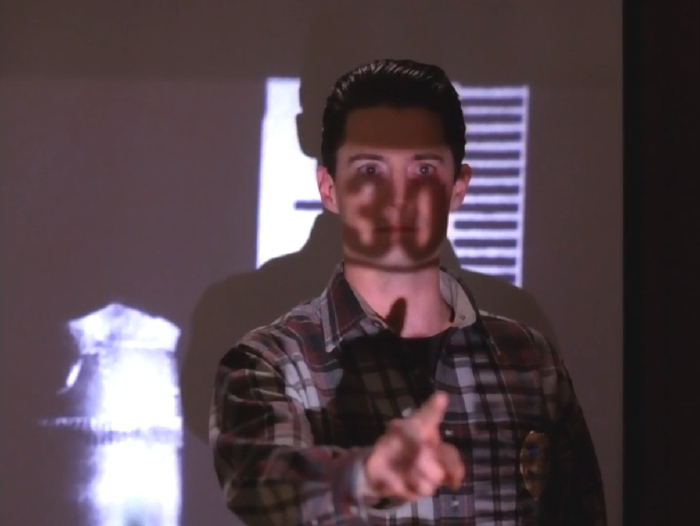 Over the years, I’ve heard people dumping on “the Diane Keaton episode”. As I’ll detail below, they couldn’t be more wrong. Maybe some fans were prejudiced against actors who try their hand at directing. Maybe her celebrity gives discontents an easy handle to grab onto when lamenting the show’s low period. Some folks seem to associate her with James’ film noir story – and it is indeed featured here.
Except that, unlike every other director who had to deal with it, she actually made it compelling (though, to be fair, it helped that she got to handle the story’s culmination). Keaton was handed the shittiest plot lines in the show’s history, and she managed to make them palatable. Ben’s civil war still isn’t very interesting, but it also benefited from reaching its conclusion. One of the highlights has been Audrey’s metamorphosis into a stronger, more adult person, showcased nicely here when she dominates Jerry. 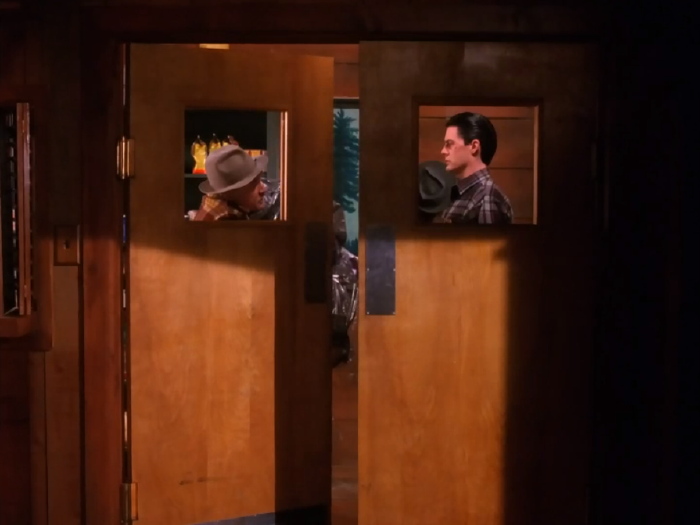 Really, the entire episode has energy and visual snap unseen since Lynch’s last effort. Keaton creates stylish shots that serve a purpose beyond calling attention to themselves. Sometimes she imitates Lynch’s style, but not in the shallow way some of the other episode directors have done. She captures Lynch’s spirit and humour when Pete brings in Josie’s coats, and the door swings back and forth far longer than it normally would. Even more Lynch-esque are the six uniformed cigar-smoking men sitting at the bar, turning in unison to say, “Hi, Greg.” 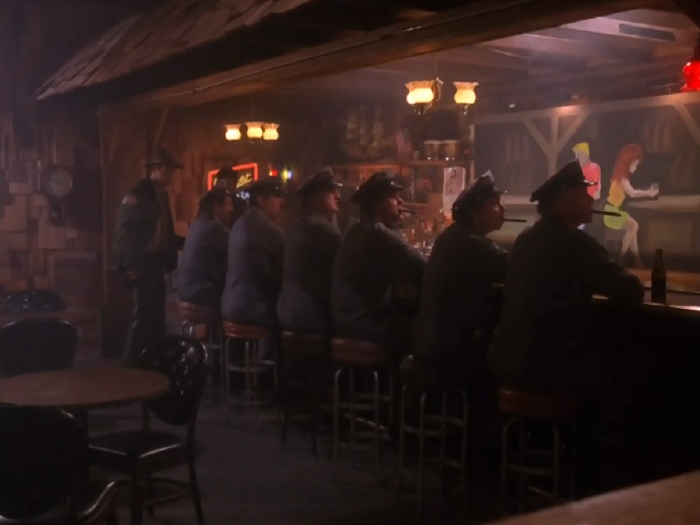 Also amusing in that scene is the barman who keeps interrupting James and Donna’s very private conversation to make sure they don’t need anything (I’m crediting Keaton because that’s not in the original script). Regular series writers Harley Peyton and Robert Engels give Albert at least two great moments. He’s entering the sheriff’s conference room as Bobby is exiting, and Albert calls after him, “Get a life, punk!” Then, explaining why Gordon Cole sent him back to Twin Peaks, he says, “As he so succinctly put it, ‘I’M WORRIED ABOUT COOP!’” He also shares a hilariously vigorous hug with Harry (that might have been the actors’ idea). The writers also give us a very good scene of Catherine torturing Josie by having her serve her and the man she fears, the two of them speaking about her as though she were a possession, and as though she wasn’t in the same room.
After last episode’s brief introduction, we get some full Windom Earle scenes here. Kenneth Welsh makes him and his relationship with Leo fun to watch, though I wish he’d attempted to inject him with more menace. 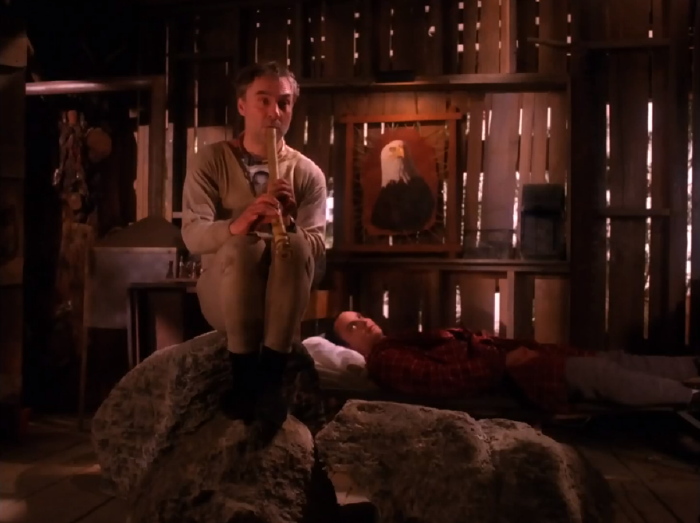 The amount of good moments here make it feel like the show we know and love is back after seven disappointing, off-key episodes. “The Diane Keaton episode” made me wish she’d directed the show more often. 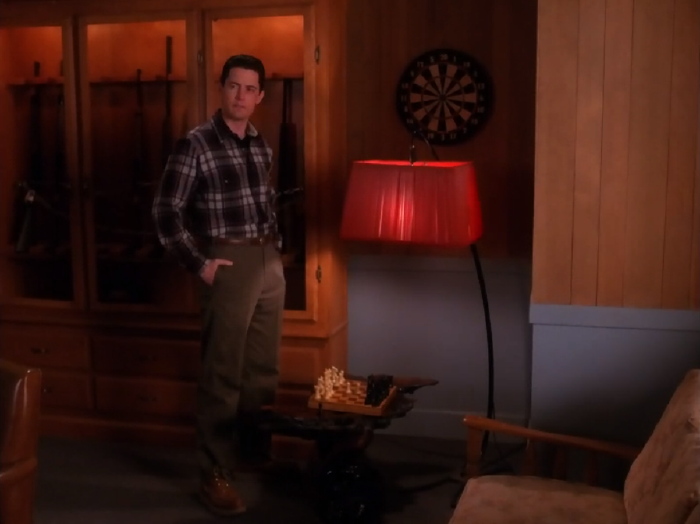