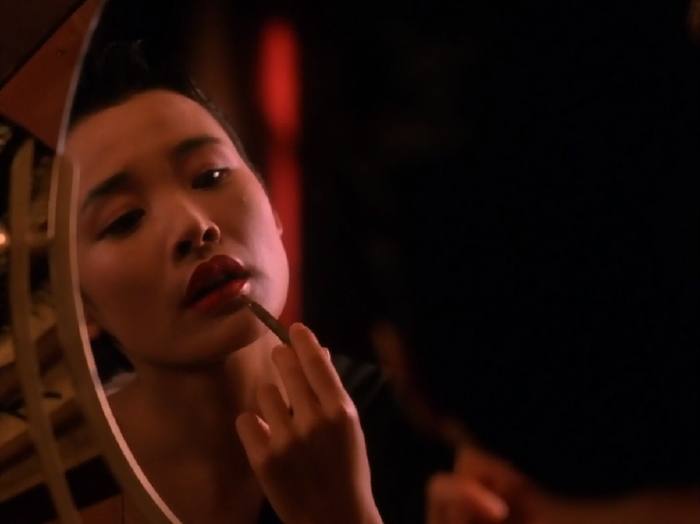 I can see what they did with Josie now. It’s the story of someone gradually losing everything and everyone, her dignity and all her moorings, as her past comes back to bite her in the ass. At the end, she seems to die from all the bad karma. The execution could’ve been better, but it’s a nifty tragic arc nonetheless.
And it’s darkly enjoyable to see Catherine and Andrew push Josie and Thomas together, as though they were placing bugs in a jar to see which would survive. I liked the grace note of Pete and Andrew being kindred spirits. It gives Pete some relief from Catherine, since their rapprochement appears to have been short-lived. I enjoyed her cold stare at their hijinks; Piper Laurie makes a great ice queen.
What happens after Josie’s death doesn’t work as well. First we get an ineffective appearance by BOB, and a disappointingly random one by the dancing dwarf (only Lynch should have been allowed to do scenes featuring these characters). Then, in one of the show’s most notorious wtf moments, Josie’s spirit is trapped in, er, the knob of a bedside table, I guess? The effect isn’t bad, and the idea of her being in hell has potential, but the form her torment takes comes out of left field, and is too silly to take seriously. 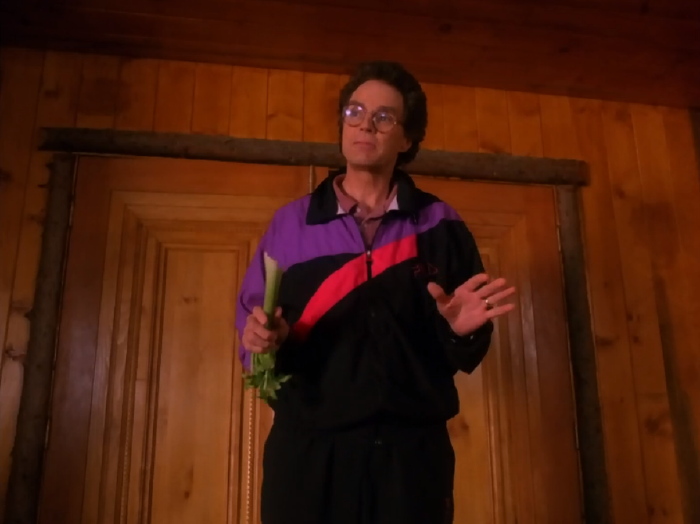 The rest of the episode focuses mainly on the Hornes. Losing everything has had the unfortunate effect of making Ben want to be… good. Which he seems to interpret as wearing a tacky nylon jacket and eating celery. It’s not a pleasant sight. To help him achieve his new goals, Ben has enlisted new character Billy Zane (that’s not the character’s name, but that’s what I choose to call him). Billy Zane is charming (whether that’s because or in spite of his floppy hair is up for debate), but the show pushes him and Audrey together from the moment he’s introduced. Slow down a bit there, Twin Peaks! Let us get used to Billy Zane first. 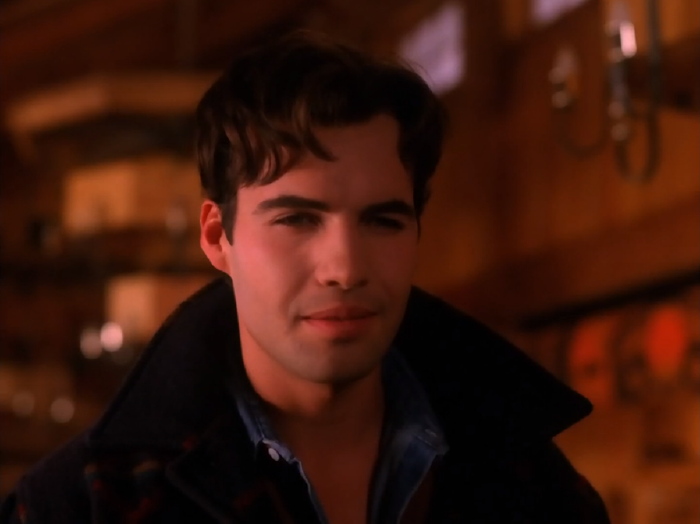 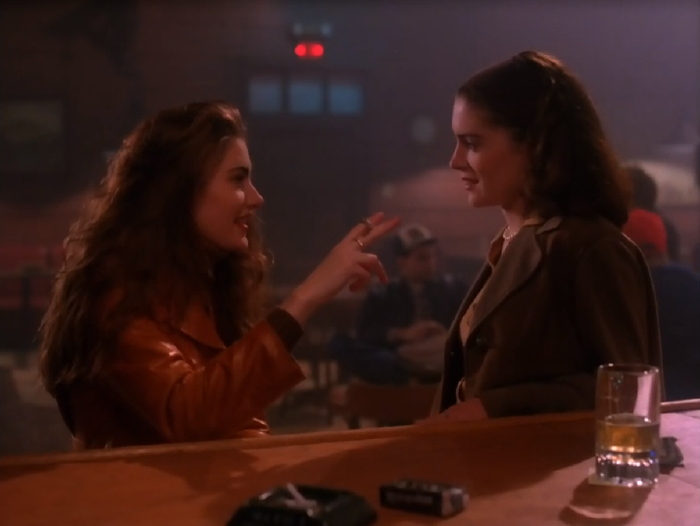