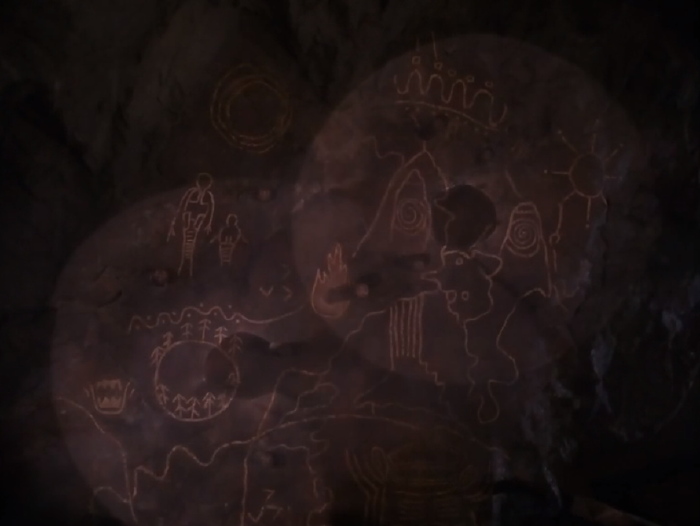 Cooper and the Sheriff’s department discover that Windom Earle has been to Owl Cave and uncovered a drawing on the walls. Bobby tells Shelley to enter the Miss Twin Peaks contest. Cooper enlists Major Briggs to help in their investigations. Cooper goes out on a date with Annie. Earle observes them from afar with interest. Dick leads a wine tasting, upsetting Lucy by flirting with Lana. Bobby sees Gordon Cole kiss Shelley. Donna tries to get her mother to say how she knows Ben, but both parents dodge the issue. Earle kills a young man and leaves him for Cooper to find, bearing the note, “Next time, it will be someone you know.”

Like the acting return of David Lynch in the previous episode, it feels good to see Mark Frost credited as a writer for this episode. And overall, he doesn’t disappoint. There are satisfying scenes of Cooper at work, whether he’s recognizing Leo’s handwriting, or figuring out a way to open a possibly dangerous box from a safe distance. His nicely unconventional date with Annie is also well handled, providing her with a rich backstory that makes her much more than just a love interest. 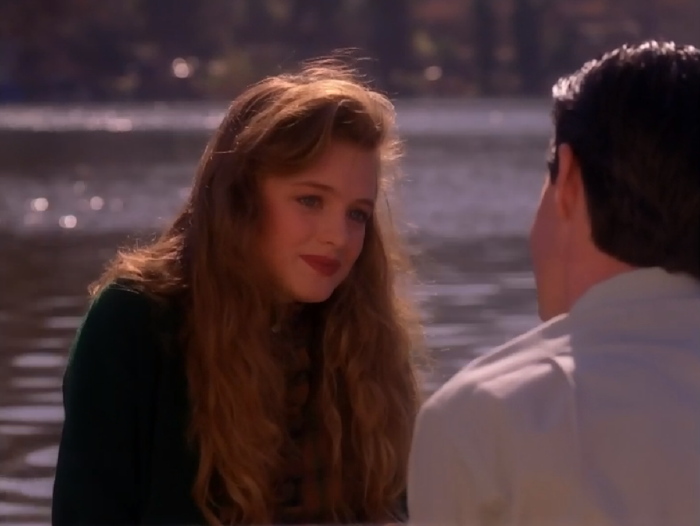 It’s always compelling to see characters behave in ways we wouldn’t expect (within limits), so I enjoyed the scene where Harry goes to Catherine to try to get a measure of closure regarding Josie. They were enemies, yet Catherine is able to find it in her heart to give Harry some of what he needs.
It was also fun to watch Gordon thrill Shelley with a story from his work as an FBI agent. Lynch’s appearances on the show are always on-point. I suspect it’s because he knows exactly what the show’s tone should be, and that’s reflected in his performance. 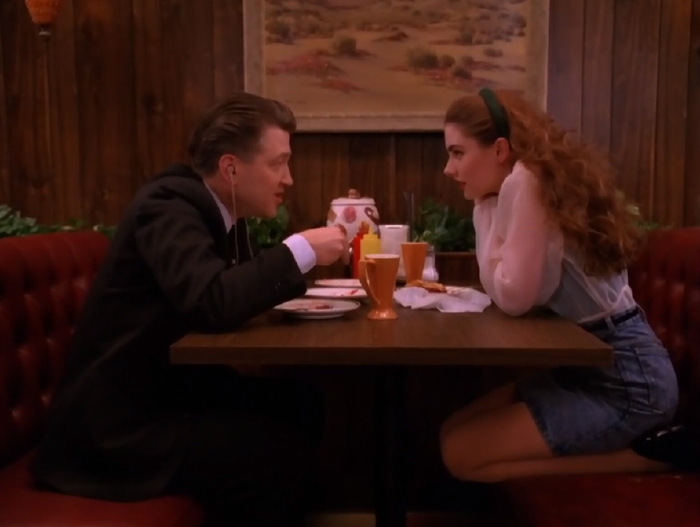 There are still too many off-tone scenes here, though. Way too much of the episode is devoted to the wine tasting, which, as is usually the case for Dick-Lucy-Andy scenes, fails to be funny. (Though I did enjoy the fact that even Good Ben finds Dick hard to tolerate.) Scenes having to do with Miss Twin Peaks are dull. Ben can be a fun character, but half the time, his speeches feel interminable instead of entertaining.
One of the things that makes Twin Peaks special is that it feels like a place that exists outside of our reality. The “heavy metal youth”, as he’s billed, feels like he comes from a much more prosaic show. None of the intended humour or tragedy were generated by his presence. 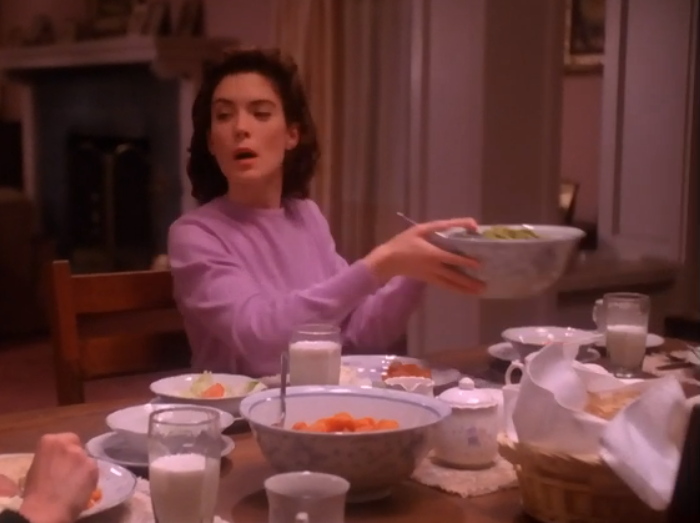