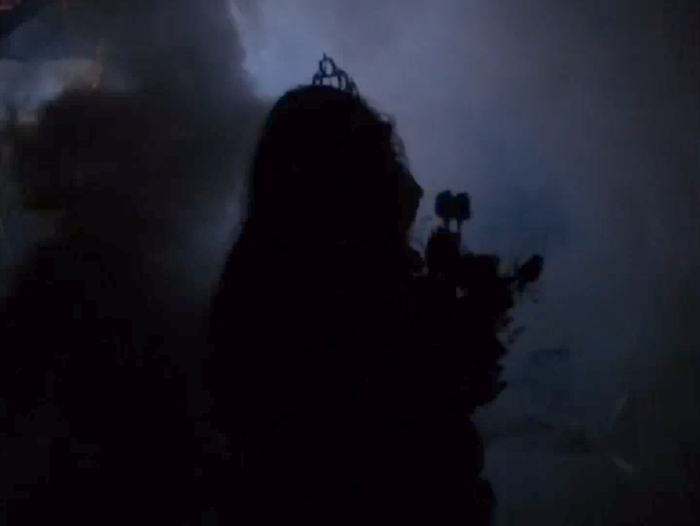 Leo frees the major. Earle sets a flimsy cage of tarantulas to drop onto a bound Leo if his teeth let go of the string holding it up. Cooper and Annie make love. Catherine and Andrew open the box Thomas left them and find a key inside. The major makes his way to the sheriff’s office and says, “Fear and love open the doors.” from which Cooper deduces that fear opens the door to the Black Lodge. They figure out that Earle is likely targeting whoever wins Miss Twin Peaks. Donna asks Ben what’s going on between him and her mother. He seems about to tell her he’s her father when she comes to that conclusion herself. Lucy chooses Andy to father her child. Annie wins Miss Twin Peaks and Earle, disguised as the Log Lady, kidnaps her after creating chaos. Andy tells Cooper that the Owl Cave drawing is a map.

“We only have enough plot left for about one and a half episodes; how do we fill time? Oh, I know, we’ll just show lots of footage from the pageant! That should be entertaining!”
No. It’s not. I’m not disparaging the dancing skills of Kimmy Robertson and Robyn Lively, but three and a half minutes seems excessive. And that’s not including the unfunny rehearsal scene and the tedious opening number.
A lot happens this episode, but most of it is stage-setting for the finale. The revelations we do get aren’t very… revelatory. Lucy chooses Andy? Flabbergasting! Ben is Donna’s dad? Wow, this certainly hasn’t been very strongly hinted at several times! And we know the drawing is a map because Earle figured it out in the previous episode.
I was more intrigued with some deductions and discoveries such as those relating to the conjunction of planets, and to the Black Lodge, particularly the idea that “fear and love open the doors”, and that BOB is drawn to fear. 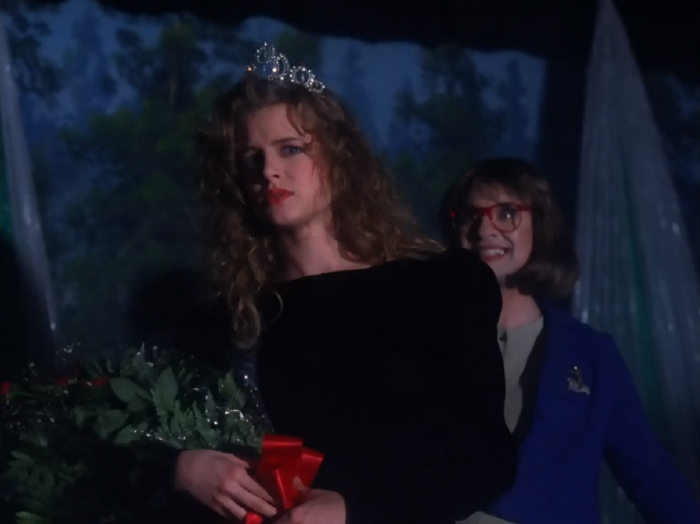 The episode climaxes in a nicely unnerving manner, with Earle (dressed as the Log Lady, which is both funny and creepy) turning the lights off at Miss Twin Peaks, setting off some smoke bombs, and turning on a strobe light. The latter doesn’t make much sense, but it is visually dynamic.
Speaking of lack of sense, why are Catherine and Andrew so excited to see what Thomas left them? It can’t possibly be good. Even harder to buy that the police don’t shut down Miss Twin Peaks when they realize Earle plans to strike there. Especially weird that Cooper wouldn’t warn Annie, or immediately protect her once she wins. 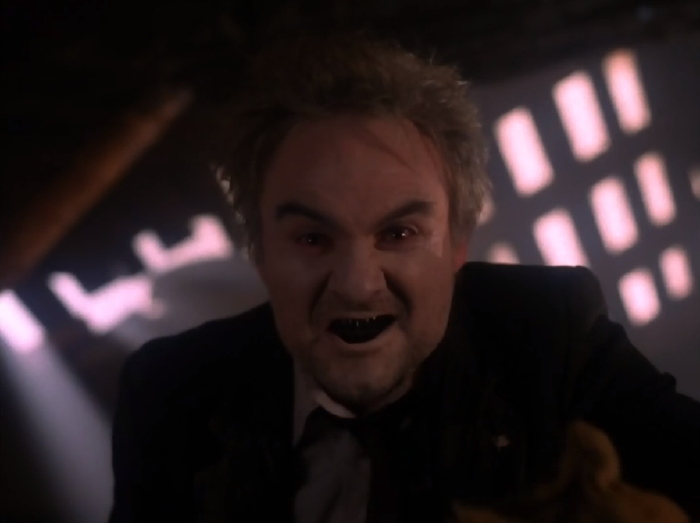