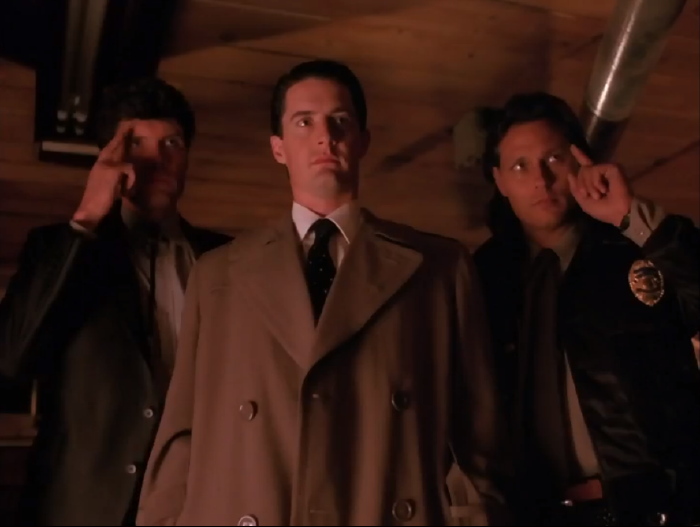 Audrey tells Cooper that One Eyed Jacks is a brothel. Cooper tells Harry that he’s forgotten who killed Laura Palmer, but he tells them his dream. Harry, tired of Albert’s insults, punches him. Laura’s cousin Maddy (who looks just like her) arrives in town. Albert’s lab reports confirm Laura had a cocaine habit. There are claw marks on Laura’s body. Albert wants to lodge a formal complaint against Harry, but Cooper stops it. Laura is buried. Bobby disrupts the funeral by shouting that they are all responsible for her death. He and James attack each other. Leland leaps onto the coffin. Harry, Hawk, and Ed tell Cooper about the Bookhouse Boys, a secret society that fights what Harry calls an evil presence in the woods – and also more straightforward evils such as drug trafficking. Shelley gets a gun and hides it in the house. Josie tells Harry she suspects Catherine and Benjamin are up to no good with regards to the mill.

Episode 3 marks the first time I felt disappointed with Twin Peaks. There are several reasons for this.
As the first episode not written by Lynch/Frost, it’s not that surprising that it feels a bit off. Director Tina Rathbone, like Duwayne Dunham before her, fails to create much atmosphere. But she’s not helped by the narrative, which contains elements that feel too mundane for this show. I could feel my interest shrivel when Harry said, “Someone’s running drugs into Twin Peaks.” Also, I wasn’t as thrilled as Cooper to learn of the Bookhouse Boys. I’m not even sure why. Maybe because their secret signal of running a finger along the side of their face looks corny to me. I had a similar reaction to Harry’s description of something “strange in these old woods”. I think I feared that the show’s strangeness was being made too literal.
But the disappointment starts with Cooper telling Harry and Lucy that he doesn’t remember who killed Laura Palmer. Now, I know it can be difficult to remember one’s dreams upon waking, but it’s ridiculous that Cooper would forget something like that, or allow himself to. It wasn’t so much that I was dying for the mystery to be solved. What I was really hoping to hear was how he figured out Laura’s killer based on the abstract dream we saw.
That being said, it’s pretty cool to see two elements of the dream show up in the story. Laura’s cousin Maddy is introduced, and Sheryl Lee plays both roles, so obviously, Maddy looks “almost exactly” like her cousin, as per the dream. And Albert’s examination of Laura’s body reveals she was tied up in a way that would make her “arms bend back”. Other intriguing clues include bite marks on Laura’s skin, and a piece of plastic (featuring the letter ‘J’) recovered from her stomach. 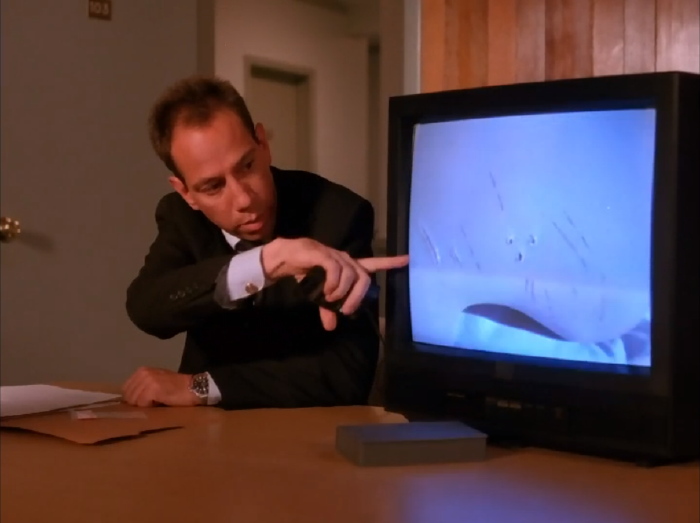 When Harry identifies the bite marks as coming from an animal, Albert gets off one of his best lines (to Cooper): “Look. It’s trying to think.” I wasn’t really sold on the next scene, where Albert asks Cooper to sign an anti-Harry statement, only to be firmly rebuffed. Afterwards Cooper tells Diane he’d like to purchase some real estate in town. There’s something off about the writing. Maybe the one-two punch of “You suck, Albert!”/”This town is awesome!” is shoved in our faces a little too emphatically.
There are several acting highlights. There’s Bobby’s explosion at the funeral. We see more of Audrey’s vulnerability, as she thanks Cooper for talking to her. You get the feeling not a lot of people do. I also liked Nadine calling herself a “little brown mouse”. Nadine thinks she and Ed are closer than ever, but you can see misery on his face. Jacoby gets two chances to shine, both of which accentuate the character’s humanity – we see him help Johnny prepare for Laura’s funeral, and he gets weepy at Laura’s grave.
And Leland’s messy mourning continues to be heartbreaking. His dive onto his daughter’s coffin is the episode’s high point. And the last scene, wherein he attempts to find a Laura surrogate on the dance floor, is just as sad. This is the first episode that ends in a low key, but the moment is strong enough to earn the spot. 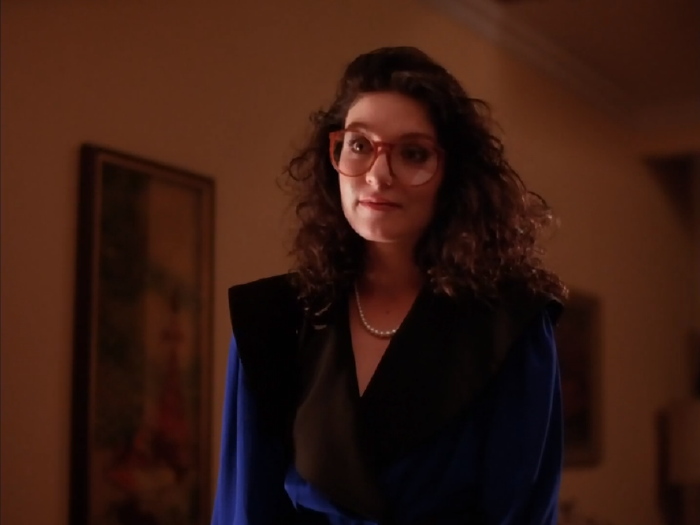 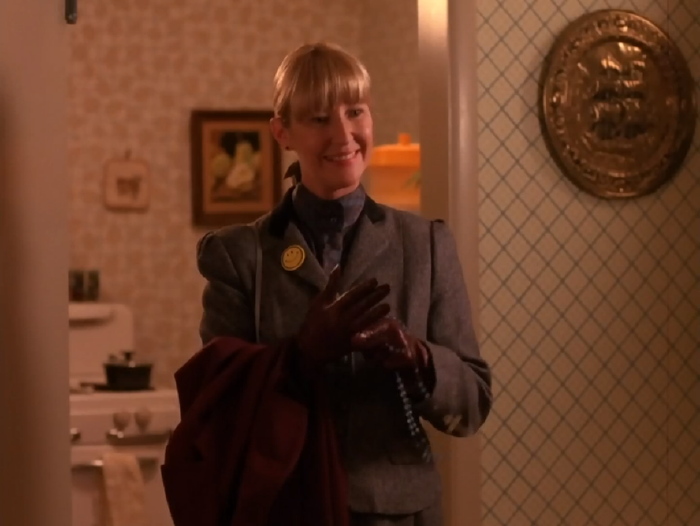