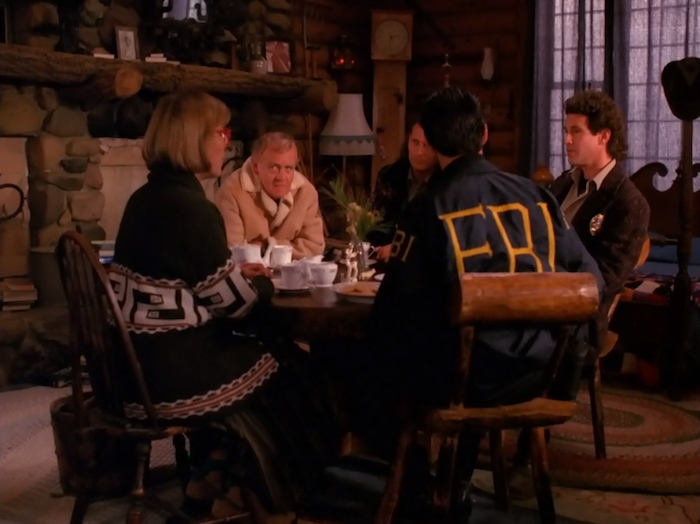 Cooper finds a Flesh World magazine and a photo of a cabin with red drapes (like his dream) at Jacques Renault’s. Audrey manipulates herself into a job at the same perfume counter Laura worked at, in Ben’s department store. James and Donna meet up with Maddy and tell her they’re investigating Laura’s murder. The law gang has tea with the Log Lady, whose log saw the comings and goings of Laura and others the night she was killed. Then, in Jacques’ cabin, they find a One Eyed Jacks poker chip with a piece missing that’s the same shape as the one found in Laura’s stomach, twine of the type that was used to bind her, Jacques’ bird Waldo, and blood. Ben meets secretly with Josie; he seems to be double-crossing Catherine. Shelley shoots Leo. Cooper enters his hotel room to find Audrey in his bed.

This episode is just packed with good stuff. A lot of that has to do with Mark Frost’s excellent script, but Lesli Linka Glatter does one of the best non-Lynch directing jobs of the series here. Miraculously, it feels like Twin Peaks without her resorting to imitating him. The episode has atmosphere, a pleasing texture, and features some bold visual ideas. One of them is this “pile of profiles” composition she likes enough to use twice: 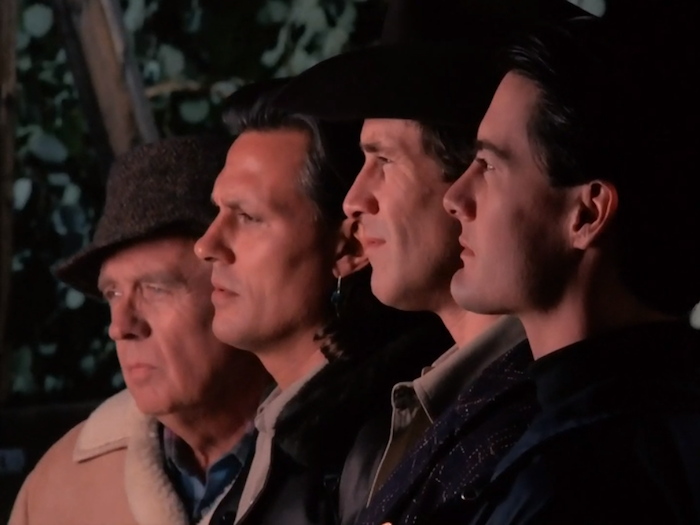 As I mentioned, the script is top-notch too, and creatively efficient. The Briggs family therapy session starts off humorously, but as soon as Dr. Jacoby kicks out the parents, he breaks through Bobby’s cynical veneer by using information he got from Laura, and the scene turns unexpectedly moving. It’s nice to see past Bobby’s hardened surface for the first time, and we get some new insights about Laura in the bargain.
Even richer is the sequence taking place at the Log Lady’s house. Again we begin with humour, including the refreshing experience of seeing Cooper out of his element and having to follow the lead of the locals. Things take a chilling turn when Margaret reports what her log saw the night of Laura’s murder: “Screams. Far away. Terrible. Terrible… The owls were silent.” She mentions owls several times, seeming to treat them as mystical creatures. We are cued by the music and by Cooper’s reaction to take her seriously. Once again, the show has revealed a character’s hidden depths.
Another highlight is the creepy cabin o’ clues. It starts with the melancholy sound of Julee Cruise singing “Into the Night”, which feels out of place in the woods. We then cut to the inside of the cabin, where the needle going back to the beginning of the record has a ghostly quality. Glatter perfectly times the law folks’ entrance with the music for maximum effect. And inside they find a series of alluringly mysterious clues, echoing three aspects of Cooper’s dream.
A more subtly layered moment occurs when Leland crashes the Icelandic investors’ party. First someone accidentally interrupts Jerry’s speech with “Swing the Mood”. Then we once again have upbeat music contrasted with Leland’s misery. He starts dancing, and Ben expresses zero empathy, only interested in protecting his business deal. At his behest, Catherine dances with Leland. When even that can’t hold his grief at bay and he raises his hands to his face, she imitates him, to make it look to the foreigners that this is some sort of American dance gesture. She thus gives his sorrow a mask of joy, which makes it even sadder. Audrey, whose world has suffered a blow because she just saw her father kiss Catherine, looks at this spectacle and cries, seemingly not just for herself, but for what is happening to Leland. After all that, you kind of get why she would seek comfort in Cooper’s bed. 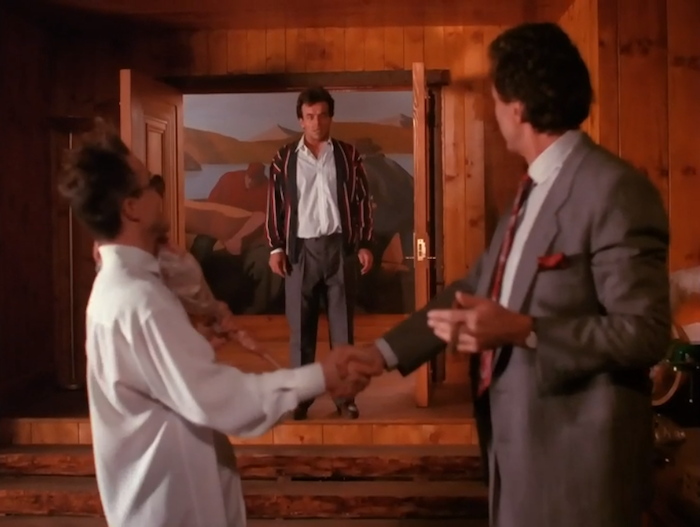 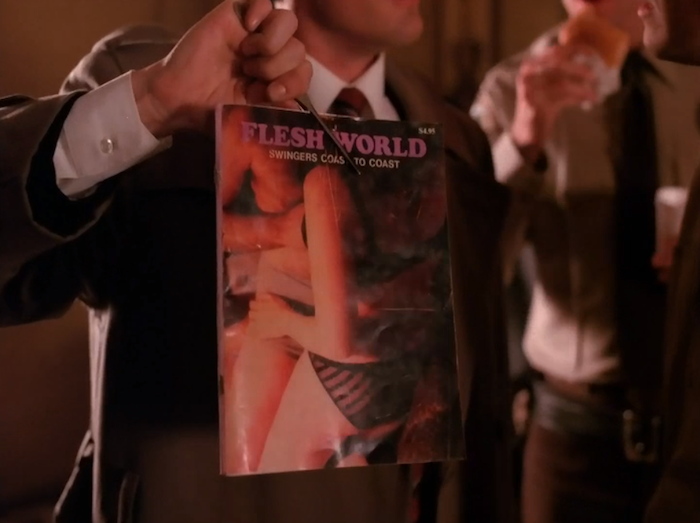 It took me over 27 years to figure out it’s a woman’s upper arm. 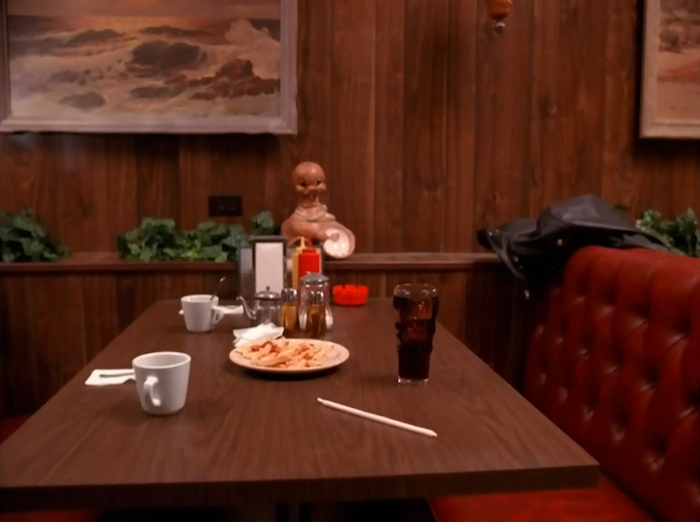