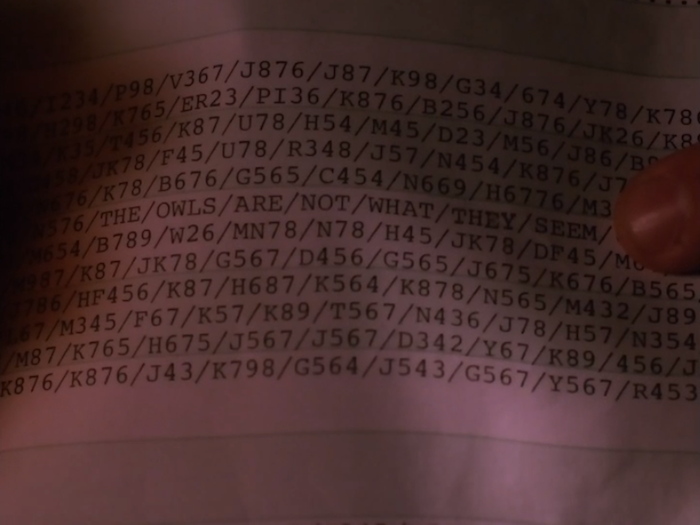 This is the worst episode of Twin Peaks that David Lynch directed. That being said, as you can tell by the grade, it’s still pretty great.
I guess it doesn’t have much intensity, aside from that freaky vision Maddy has of Bob crawling towards her. (What makes that work is that he looks so out of place there.) But it has other things. 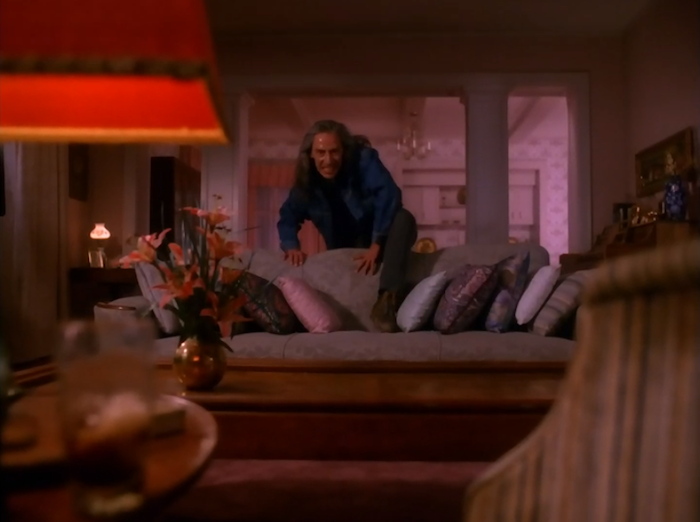 It has a lot of humour, in large part courtesy of screenwriter Harley Peyton. Albert gets off a few of his best lines here. After Cooper mentions the man who appeared in his dream: “Has anyone seen Bob on Earth in the last few weeks?” A list of the contents of Jacques Reneault’s stomach includes: “beer cans, a Maryland license plate, half a bicycle tire, a goat, and a small wooden puppet. Goes by the name of Pinocchio.” A reference to him attempting to interview the senile waiter from the previous episode: “Señor Droolcup has, shall we say, a mind that wanders.”
Overall, the episode stands as a great example of how to be whimsical without veering off into idiocy, something the show would – spoiler alert – struggle with in the middle stretch of the second season. There is also some of Lynch’s brand of humour, as Harry and Agent Cooper try to make sense of the amusingly worded instructions for a pair of stools. 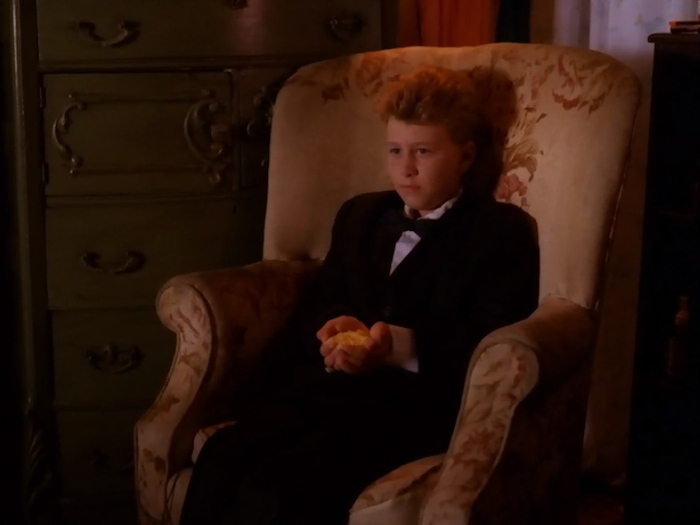 “Let’s get those pickled icemen on the blower.”
“Jerry, please kill Leland.” 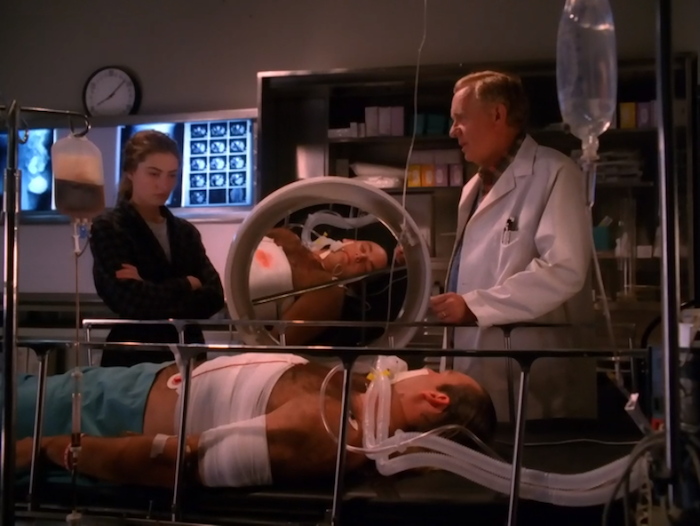